5 Ways Millennial Social Media Habits Will Change In 2017 and why it matters to you. 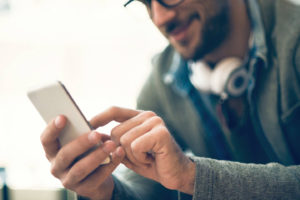 Here are some things to watch out for in 2017. With so many businesses changing their marketing mix to be geared towards online and social media, the habits of Millennials matter. Why? Some of the reasons are obvious; Millennials represent tremendous potential buying power, and are therefore some of the most important consumers to reach through social media marketing. They’re also young and have grown up using the Internet, and are therefore more likely to embrace new technologies, which is important for emerging brands. They are also increasingly part of the management of many companies and are increasingly filling positions in the C-suite.

Accordingly, watching and predicting their social media usage patterns is of critical importance to any business or individual invested in the social media game. So how are millennials going to be using social media differently in 2017? Here are five predictions.

1. Ratings will be ubiquitous. Millennials love rating and reviewing. They trust third party reviews and user-generated content more than provider generated content. Although we are used to seeing ratings for our dining, hotels, and customer service experiences (even rating possible dates on the Tinder dating app by swiping left or right), the world of ratings and reviews could well increase exponentially in 2017. The emergence of more qualitative ratings for content within apps and social media will become more prevalent, as will news feed algorithms that sort and display content based on those ratings. We may also see more requests for recommendations, and millennials trading reviews with one another.

2. Workplace communication will start to shift. Messaging apps like “Slack” and Microsoft’s “Teams” (anyone else think that a really lame name for a team messenger service?) are already becoming mainstream. The use of social media platforms like Facebook and Twitter is also starting to become more tolerated in the workplace. As Millennials start climbing higher up the corporate ladder, we could well see a massive shift in how social media is used from a professional standpoint. Employees may now be required to have a social media presence, to bolster the visibility of the company’s brand through a network of personal brands, and be told to be more available for conversation and updates. Social media may actually become a replacement for instant messaging (or eventually, email). We may even see professionally-angled social media platforms emerge to fill this need, similar to LinkedIn, but with more functional features for communicating with colleagues.

3. Millennials will realize they are in an “echo chamber” and face a choice: Currently, 88% of millennials get news from Facebook, and because of the way Facebook’s newsfeed algorithm works, users tend to receive more news stories like the ones they’ve engaged with in the past. This has produced an “echo chamber” effect, where users end up immersing themselves in news and ideas they already agree with. The choice for Millennials is to either bail on social media platforms, or fall deeper in the echo chambers. As there are currently no plans for Facebook or any other major platform to take action in reducing the power of those echo chambers, users will venture deeper into those polarized, abstract social bubbles. This will, in turn, polarize millennial participation in social media; some will become more vocal in posting online, while others may bail on social media entirely to escape these echo chambers

5. We’ll see new ways to communicate more concisely (and nonverbally). With more social media apps shifting to be either mobile-exclusive, or designed specifically for a mobile device, and with the millennial generation constantly demanding more content and faster experiences, it’s only natural that users will strive for even more concise communication. Video apps like Marco Polo, Facebook video and live video on Instagram will all gain in popularity. Emojis are about as concise as you can get, communicating entire sentences with just a symbol or two, and you can bet they’ll only keep growing in popularity in the years to come. Because they are faster, yet less thoughtful communication, millennials will eat them up.

The trouble with making these predictions about social media trends is the “unknowability” of countless variables—including new platforms that may emerge, anticipated technologies that are slow to catch on, or the rise and fall of existing platforms.

Still, even with unexpected turns in platform development or availability, I expect we’ll see them arise in one form or another.
​
Adapted from an original post by Anna Johansson in Forbes