A Eulogy For The American Entrepreneur?

Is the Age of the Great American Entrepreneur Dead?

Will the Age of Entrepreneurship die with the rise of the Millennial workforce? 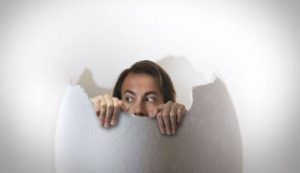 The statistics tell one side of the story: Start-up rates amongst 20-34 year old (a group we now call “the Millennials”) was only 23 per cent in 2013 – down from 35 per cent in 1996. This suggests that Millennials are not as entrepreneurial as their parents, but according to a report released by Bentley University that conclusion isn’t necessarily correct. 67% of respondents stated that they (at some point) would like to start a business venture, whilst worryingly – for those of us that are employers – only 13% responded that their career aspirations involved climbing the corporate ladder.

So if the Millennials like the idea of starting a business, why aren’t they doing it? The other side of the story gives at least three reasons – two of which have empirical support and one which is just my opinion.

1. Something that many people fail to realize is that the average startup isn’t helmed by a 22 year old who hover boards to work and who employs his college roommates to develop the next “killer app”. The average age of a startup entrepreneur is 40 years old and 75% of them have been in paid employment for at least 6 years before branching out on their own. In short, the oldest Millennials are only just getting to the prime time for launching a startup.

2. The level of student debt carried by Millennials maybe putting them off taking on more risk. Between 2004 and 2014 the number of student borrowers rose 89% according to the Economic Innovation Group, and during the same time period the average value of debt at graduation grew by 79%. In 2016 the average student debt was over $37,000 (“Student Loan Hero”). With the weight of a substantial loan hanging over them it’s perhaps not surprising that graduates take the less risky – but less exciting – route of becoming an employee in an established company.

3. This tendency to avoid risk and hence not make “mistakes” is a symptom of a deeper problem among the Millennial generation: Millennials have been overprotected and are too often unprepared for the real world (C2 Education). In reading responses to the question “Is it necessary to make mistakes in order to learn?”, a lot of students cite examples like Edison and his many failed light bulbs or variations of the truism “If at first you don’t succeed, try, try again.” But for every student who offers a hopeful view of a world in which mankind learns through trial and error, there are at least three more students who claim that mistakes are terrible and could never teach us anything. Unfortunately, the world in which they have grown up awards them for participation and not success. If the fear of failure is a bigger driver than the desire for success it’s no wonder that Millennials are shying away from the entrepreneurial career path.
​
So what does this all mean? As I have previously written, we are about to experience an avalanche of Baby Boomer entrepreneurs retiring and looking to sell their businesses. The Boomers were a hugely entrepreneurial generation and it would appear there are going to be a lot more sellers than buyers – which will drive the prices down and may cause some financial hardship for the retirees. But there is still hope – particularly if the oldest Millennials start to find their entrepreneurial passion. Interestingly, the number of undergraduate degrees offered by US colleges in Entrepreneurship was 250 in 1986. By 2008 that number had risen to 5,000 – assuming that this increase has been driven by demand from students, entrepreneurship would still appear to be something that students aspire to.

So maybe what we may be witnessing is that Millennials are generally just doing everything later than their parents generation. Some other indications of this phenomenon are that over the last 40 years the average age at marriage has increased from 21 to 27 for women and from 23 to 29 for men, and that between 1970 and 2013 the average age for a first time home buyer has increased from 29.6 to 32.5 years old. Maybe Millennials are just late bloomers and will eventually become entrepreneurs. For the sake of the boomers looking to sell their businesses we must hope that it is so.
​
Wherever you fall within this spectrum of aspiring and retiring entrepreneur’s, we can help! Schedule a free consultation session with Simon by calling 440-385-6737!