Don’t let Junior screw it up.

I deal with several multi-generational family businesses in my coaching practice, and I have to say that they have some of the most interesting dynamics of any of my clients. The blend of familial ties, business place politics and real world economics can make for some really animated discussions in our weekly sessions.

We have all heard the apocryphal stories of how Grandpa (or less commonly Grandma) starts a business when he has a young family, working every hour available, foregoing vacations and family time to build “the company” into something of value. Dad (or Mom) works in the business and experiences the same level of sacrifice as Grandpa, then eventually inherits the business. 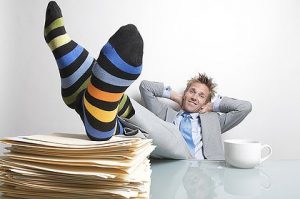 Meanwhile, the business has grown, become profitable and is allowing everyone to have a comfortable lifestyle. Then Dad/Mom have their own children. These children have never experienced hardship or sacrifice, and consequently they see the company as a glorified ATM. They can’t wait to get their hands on it, and once Dad or Mom hand over the keys, they sit in their office (sometimes metaphorically, sometimes in reality) with their feet up, counting the cash. Their lack of attention to the business – it’s employees, customers and vendors – leads to the business going into decline and eventually folding. It’s a good story but does it hold true?

Statistically only 30% of family owned businesses successfully make it through to the second generation of family owners – the numbers for third and fourth generation are 12% and 3% respectively (Family Business Alliance. Retrieved June 2014), meaning that during each round of ownership there is between a 60 and 75% rate of attrition.

So why are the follow-on generations of family owned companies so likely to screw it up? Surely it’s far easier to keep a business successful, once it’s up and running, than it is to start one from the ground up?

I have given this issue some thought and looked at the research and here are my “brain droppings”.

So why does any of this matter? The truth of it is that the value of the family businesses that have already, or soon will transfer, from the Baby Boom generation to the Gen X, Millenial or in some cases Gen Z generation is $10 trillion ($10,000,000,000,000). That’s over half of the annual GDP of the USA. Not only is that a staggeringly large amount of money, but those companies also represents 62% of all US employment – that’s 77 million people. The bottom line is that family businesses are the backbone of the US economy and if things go wrong for them the knock on effects to the country at large are potentially huge.

So how can we make sure that “Junior” doesn’t flush the family legacy down the toilet?

Part of the reason I have been considering these issues recently is because I have four children of my own, the youngest of whom is 19 and the oldest 30. I’d like to think that at the time I’m ready to retire – which is still some way off – one of them might want to take over from me. So what do I need to do to prepare them for a potential transition? The truth is it’s very easy for me to give you good advice – it’s not so easy for me to take it myself, so I guess I’ll keep you updated on progress over the next few months!

If you have any issues, challenges or opportunities in your business that would benefit from being shared with experienced advisors, please don’t hesitate to give Jager Consulting a call on (440) 385-6737