High profits. Can you make green from grass?

A friend of mine recently introduced me to something called CBD Oil. He told me it was a completely natural anti-inflammatory substance that would change my life. My wife and I started taking the oil twice a day, and the results, at least for her, have been dramatic. Anita is an asthmatic, which means she has low oxygen absorption and consequently feels tired a lot of the time – taking short naps most afternoons. The CBD has put an end to all of that. Now she is full of energy, she says her head is clearer and she hasn’t had an afternoon nap in weeks. So CBD works for her – for me, so far, there has been no discernible effect! 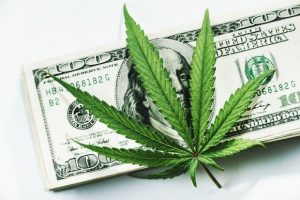 If you follow international news you may have heard of Billy Caldwell, a young boy from Northern Ireland who suffered up to 100 epileptic seizures per day, before taking CBD. After taking CBD he was then 250 days seizure free. His mother went to Canada to buy him an additional 6 months supply of the oil and was stopped at Heathrow airport and had the CBD confiscated. The reason? CBD’s full name is cannabidiol, an extract from hemp (of which cannabis is one strain) and cannabis is a Class B drug in the UK – along with barbiturates and amphetamines. So CBD with THC – the active ingredient in cannabis – is illegal in the UK.

I have to admit that the connection between hemp and cannabis has caused me pause for thought. Am I taking a Class B (or Schedule 1 in the US) drug? Am I actually breaking the law, and even if I was, but it was actually doing me, or my wife, some good, should I worried be about it? CBD is not illegal in the US and the strains of hemp used to produce it are not cannabis strains, but is it really that cut and dried?

The relationship between cannabis and the law in the US is long and complicated. Under federal law, it is still illegal to possess, use, buy, sell, or cultivate marijuana in all United States jurisdictions. The Controlled Substances Act of 1970 classifies marijuana as a Schedule I drug, claiming it has a high potential for abuse and has no acceptable medical use. Despite this federal prohibition, some state and local governments have established laws attempting to decriminalize cannabis. Cannabis for medical use is now legal in all 50 states with the exception of South Dakota, Kansas, Nebraska and Idaho and a growing number of states (9 at the present count) are now allowing cannabis for recreational use. With such a rapidly changing legal landscape at the state level, there are obviously both challenges and opportunities.

In 2017, US legal sales of cannabis for recreational and medical use amounted to nearly $9 billion in sales, according to Tom Adams, managing director of BDS Analytics. To put that into perspective, US alcohol sales were under $100 billion in 2017. Once recreational marijuana is legalized at the state level in the remaining 41 states (which can only be a matter of time), marijuana sales are expected to easily outstrip alcohol sales.

So are there opportunities for the average person to invest in the burgeoning cannabis industry? The answer is yes, but it depends on your appetite for risk and your feelings about marijuana generally, and you have a lot of options. There are a number of ways, both directly and indirectly, you can turn cannabis into one of the more intriguing investments in your portfolio.

If you do want to take a punt on recreational cannabis it’s currently such a new and unusual investment that even compared to your usual investments, there’s no such thing as a “safe bet.” Even though recreational cannabis is legal at the state level in several states, the fact that it is still banned federally does pose some issues when it comes to investing. However, should you choose to take a chance, medical marijuana presents you with more options. Far more states have legalized medical than recreational cannabis. Companies making CBD oil, edibles or even sprays and pills for the medical marijuana market are proliferating at an incredible rate.

If you really want to invest in recreational marijuana – where there is a much larger potential market – the best place to invest is in Canada where all forms of marijuana will be legalized on October 17th this year. Canada is expected to become a $10 billion market for medical and recreational marijuana by 2025. But even here things are not so simple. There is currently a “land grab” going on, with publicly-traded marijuana stocks whose valuations are not worth the paper they’re written on, issuing huge numbers of shares to pay for acquisitions. This is obviously leaving pre-acquisition investors terribly diluted.

As an example Alberta-based Aurora Cannabis Inc recently announced it would pay C$3.2 billion in company stock to buy Ontario-based MedReleaf Corp. Aurora’s issuing approximately 388 million shares increasing the number outstanding by about 68% making the combined entity the largest cannabis company in the world. That’s a great title to have, but at the end of the day there is no guarantee that any of these deals will yield the returns promised. So what might be a safer option?

One way would be by investing in marijuana ETFs (Exchange Traded Funds), so that you could spread your risk. In case you’re wondering, there are already some ETF’s available in both the US and Canada – and just remember they wouldn’t exist if a large portion of investors didn’t think this way.

Currently the biggest ETF’s are Horizons’ Marijuana Life Sciences Index ETF, on the Toronto Stock Exchange – which tracks the North American Medical Marijuana Index, and has just over $700 million is assets, and ETFMG Alternative Harvest ETF, which is quoted on NYSE, has a value of around $350 million and invests in both cannabis and tobacco – because you have to believe that big tobacco is going to invest in recreational cannabis once it becomes federally legal.

As I have said, there are many different ways to invest in the burgeoning cannabis industry, but in common with the dot com boom of the late nineties or the current Bitcoin/blockchain craze, you really need to do your research and decide which companies are likely to be successful, based on their strategies and management – not just on the fact that they happen to be in a “hot” industry – otherwise you could lose a lot of Benjamins betting on Mary Jane*

*If you don’t know what this means – message me!