Out to lunch with another woman

We recently mourned the premature passing of Anthony Bourdain. I have to admit that he was one of my favorite television personalities, and I was enthralled by his Parts Unknown series on CNN. His show combined elements of both food and travel, but I think the thing that attracted me more than anything was that that he connected with “people”. Anthony had an uncanny knack of using food as the excuse to sit down and learn peoples stories. His most frequent questions were “What makes you happy?”, “What do you eat?”, “What do you like to cook?”. In themselves they are simple questions, but the answers to those questions resulted in an straightforward message: Don’t be afraid of what’s unknown and different. Cultures, religions and languages change all over the world, but something that connects us all is food, and that’s what he was doing – connecting us to people who literally lived half a world away, by using the common thread of food.

Too often, in our modern “drive thru” society, eating is seen as a “refueling” exercise – it is no longer a social experience. I grew up in a Croatia, where food is treated with respect and not merely as fuel. 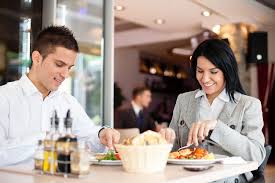 At an early age our grandparents told us about how people were starving during WWII, and that was why we needed to cherish our mealtimes because they knew what it was like to be without food. Our dinners were always at home, and all the family members would be present. The meal was usually late in the evening and it was a time for our parents to learn what the kids had been up to during the day, how school went, or if there were any problems.  It was a time to get to reconnect and strengthen bonds. Meal time was also used as a time for kids to be guided, encouraged and criticized as needed – or sometimes there was some fun stuff to share. As kids, we had the responsibility to clean the table and help with tidying up the kitchen – skills that I still apply today. I thank my Mom for what she taught me.

Eating together as a family was and still is my favorite part of the day. Simon and I maintain the “tradition” of the nightly family meal and the conversation that is generated around the dinner table is an important aspect of the socialization of our children. The family meal is the place where we introduce “rules”, norms of accepted behaviour, family values, and expectations. As an aside children who eat dinner with their parents five or more days a week have less trouble with drugs and alcohol, eat healthier, show better academic performance, and report being closer with their parents than children who eat dinner with their parents less often, according to a study conducted by the National Center on Addiction and Substance Abuse at Columbia University.

But having a meal can also be a very intimate experience – who doesn’t love a candlelit meal and a bottle of wine with their spouse or “significant other”? Indeed I believe (and I’m happy to hear your views on this topic), that having a meal together is so intimate that I don’t allow Simon to have business lunches or dinners on his own with another woman. Coffee is okay, but a meal is taking it to the next level.

So what does any of this have to do with us in modern day USA? Unfortunately, eating alone is becoming more and more common nowadays (according to one Stanford University study 1 in 5 meals eaten in the US is eaten in the car), and we are losing connection with those around us.

So what can we do to rekindle the joy of sharing a meal together and all the wealth that stems from it? If you work in an office, instead of eating at your desk every day, step out with a co-worker for a bite to eat every once in a while,. Eating a meal with a coworker (of the same sex of course ????) is a great way for the two of you to get to know each other. It helps build camaraderie, fosters deeper working relationships, and boosts productivity. Eating together, wherever it takes place, allows conversation and helps build and strengthen bonds, as people get to know each other.

If eating with coworkers is not the most natural thing for you to do…..just grasp the nettle and make the invite. Then when you’re at the meal just think about Anthony Bourdain’s questions – “What makes you happy?”, “What do you eat?”, “What do you like to cook?”

I’d love to hear your thoughts on this article or any conversation about food in general. You can comment below or email me directly at anita@jagerconsulting.com