Sleeping With The Enemy 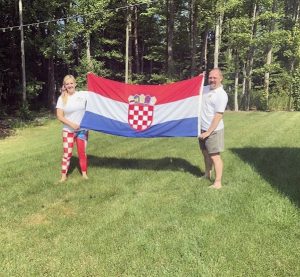 Every summer we take a break. This year, instead of a foreign trip we stayed in the US and watched the 2018 FIFA World Cup. Our home countries of Croatia and England both reached the last four, and actually played against one another in the semi-finals. Croatia actually beat England (which actually led to Anita and I sleeping apart for one night!) and then eventually lost to the Fre*** in the final (sorry can’t bring myself to say their name)! Croatia did extraordinarily well for such a small country.

….and the MOST important fact is obviously that Croatia is the birthplace of both Anita and Mia, who help write the monthly newsletters.

I know you will miss us, but we will be back soon!